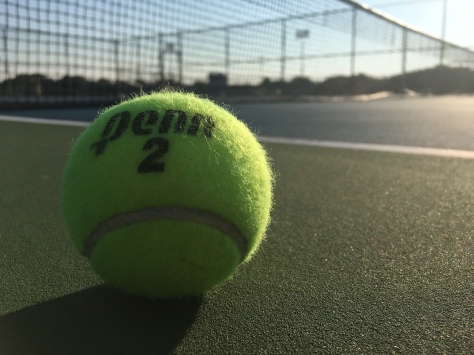 Tennis has been my favorite sport to play since I was a kid. (Full disclosure, it’s been the only sport I’ve been any good at…which no doubt contributes to my interest in playing it.)

As an adult, it’s been great to get to keep playing tennis and I get out every week to serve it up. Lately, I’ve been able to play with my son as well. He’s on the high school team and it brings back memories for me, plus it’s just really cool to see him continue to improve his game.

In all of this, I feel a strong sense of gratitude – a big part of that, just to be able to still play the game I love so much. To the point where, particularly when I’m playing matches against others in the weekly sessions, the tennis court has become one of the places where I feel closest to God.

It’s become my place to really say thank you to Him, often. Like I should be doing more often in everyday life, but too often don’t. It’s also challenged me to focus more on the ups in life than the downs.

Funny how God shows up in different ways, and different places, than we might expect.

Have a great day! 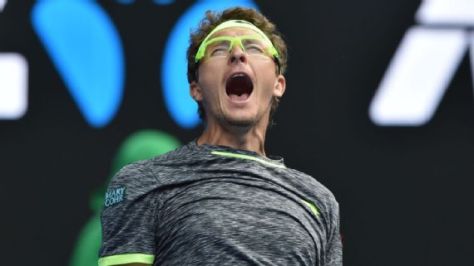 Tragedy to triumph: Denis Istomin’s journey back to the tennis court

I really respect all the players, and what they do. I don’t have some difference between Roger (Federer) and No. 200 in the world, so I always try to say hi to everyone and try to speak and be friendly.” 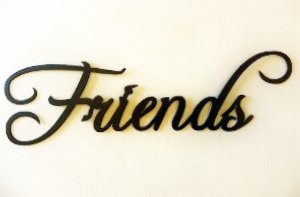 Just taking a few moments this morning to recognize the blessing that friends are in our lives.

My wife (who happens to be my best friend) and I have been fortunate enough to spend a lot of time with friends these past few weeks. An annual gathering of folks I’ve known since the late 90s, a weekend visit by a couple we know from church, another weekend visit by my wife’s friends from many years ago, playing tennis with some good folks I know, stopping in at a friend’s going away party and catching up with other friends in that group, folks who have stopped in along with some of our kids’ friends.

Friends are just a real blessing, aren’t they? Every conversation is unique yet every one is the same, in that, it is a potential memory being made. It’s just nice to be able to be yourself and enjoy the company of others at the same time. Hooray for friends! Thanks, God.

Have a great day. 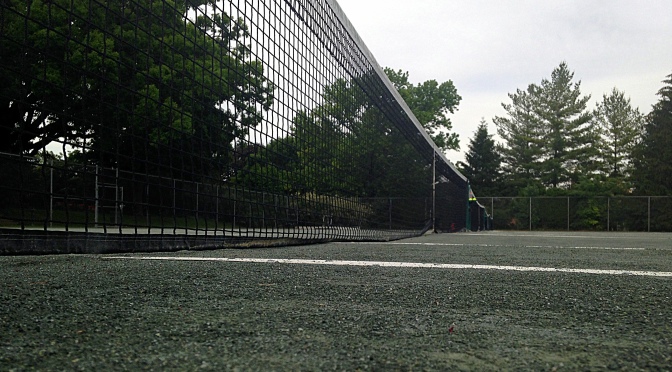 I had the chance to play tennis on a clay court the other night, for the first time in several years. It was great!

Tennis is my favorite sport, but playing on clay takes it to another level.

There’s just something about the way the surface plays and feels. It’s the same sport of course, but it’s a different game than what you play on hard courts.

Had some great conversation out there with the guys who came out to play. One of them is a lifelong clay court player, two of them had never played on clay before. We all enjoyed it.

Never mind the fact that the French Open is taking place at Roland Garros right now. So, it was a nice plus to get to play on the same (albeit different color) surface while that tournament is underway. 🙂

I’m super thankful to be able to play the game I love. Any other tennis fans out there? It really is a lot of fun.

Have a great day! 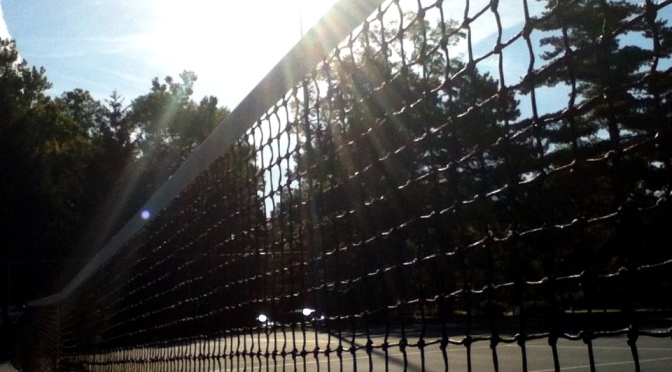 I experienced something this weekend that I don’t remember ever experiencing in my 20+ years of playing tennis – I won a match in a sanctioned tennis tournament. 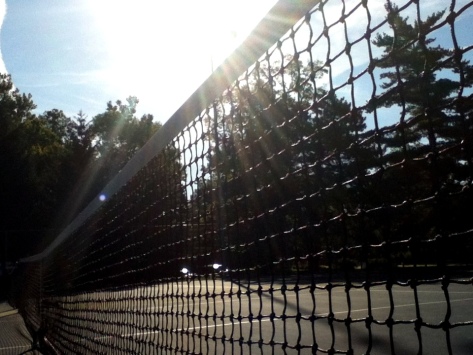 I’ve been playing tennis since I was a kid. I played for my high school team for three years and won my fair share of matches there, as well as a round or two in the state qualifiers one or two years. I would call it a reasonably successful (and very enjoyable) career as a high school player.

But for whatever reason, every time I’d enter a USTA tournament on my own in the summer months I would lose…badly. I mean, 6-0, 6-0 lose. Maybe I’d win one game in the entire match from time to time but that was it.

Looking back, I don’t know if it was just because I would draw a really good player or because I wasn’t mentally tough enough to grit out points with those guys. Something tells me the latter at least had something to with it but whatever it was, I have memories of just getting pounded at these tournaments.

So I decided to enter a tournament this weekend. To say I was apprehensive about it would be an understatement. I’m a firm believer in letting the past be the past, but I’d be lying if I said my previous track record at these things wasn’t in the back of my mind.

Still, when I got out there I felt good and to make things better, I was hitting my shots. Like, playing out of my mind hitting shots. Ripping winners left and right. Putting the ball right where I wanted it. I won the first set 6-1. Even that was an accomplishment for me, based on my previous tournament record but I had my mind set on winning a match. So naturally, that’s when things started to go downhill for a bit.

I went down by several games in the second set. My shots started going long instead of landing where I wanted them to. I got a little frustrated. As a younger player, this would have been the end for me. My demeanor on the court and my level of patience both left a lot to be desired. 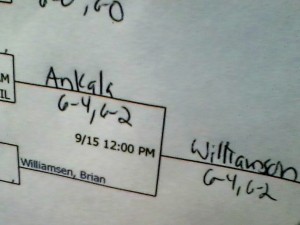 But for some reason I was able to right the ship this time. Started hitting winners again. Kept going. Won the set 6-4 after being down 4-1 and, as a result, won the match! I was ecstatic. That was my goal for the tournament, to win a match.

The next match was the next morning. A night to rest up and think strategy for the next day. I was pretty tired after the first match but feeling good about getting to play again.

Turns out it was almost a carbon copy of the first one. I won the first set and hit mostly good shots in that set, then went down 4-1 in the second set. And just like the first match, ended up winning that set 6-4 and another match in the process. Woohoo!

That meant I was in the finals. The finals! A completely foreign land for me in tennis matches. I’ve always been a good player, I’ve just never been able to put it together in tournaments. But this time was different. It was a lot of work but it was a lot of fun.

The finals match was a back-and-forth affair. Lots of running around. I was exhausted. My legs were shot and I was on pure adrenaline mode about midway through it. My opponent played a good match. I played decent enough to make it close, but ended up falling 6-4, then 7-6 in a tiebreaker second set.

At least I made him earn it 🙂

It was a great experience and despite the fact that my entire body hurts as I’m typing this today, I feel great about it. I feel blessed to be able to play the game I love so much and also to have been able to really compete the way I know I’m capable of competing the past two days. It was an awesome weekend on the courts.