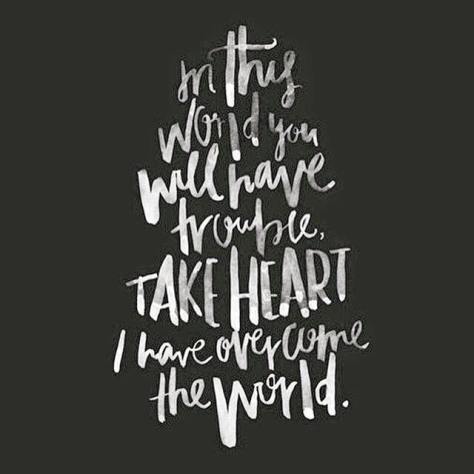 The events of the past week have been difficult to comprehend at times. It is hard to see so much pain and suffering.

However, nothing that has happened changes this fact: God is always in control, no matter what.

So, here is a challenge to anyone who believes that today. Be a warrior for God! Be bold and don’t be afraid to speak out on His behalf.

The world needs more love, more grace, and more truth. Don’t hold back from spreading God’s message. He will give you the strength to do it…just ask.

Anyone can help change this world for the better. Why not you?

Blessings to all of you today, and every day.

‘The contrast of jewels against dark velvet brings out the luster. In the same way, God does his most stunning work where things seem hopeless. Wherever there is pain, suffering, and desperation, Jesus is. No situation, anywhere on Earth, is too hard for God.’
-Jim Cymbala

I hope this encourages you if you’re going through a tough time right now.

Just remember, when things are looking down for you, look up! He’s there and always will be.

You died so I could live. Nothing I can say here will ever be enough so I will just say thank you, Jesus. Thank you so much.

3 He was despised and rejected by mankind,
a man of suffering, and familiar with pain.
Like one from whom people hide their faces
he was despised, and we held him in low esteem.
4 Surely he took up our pain
and bore our suffering,
yet we considered him punished by God,
stricken by him, and afflicted.
5 But he was pierced for our transgressions,
he was crushed for our iniquities;
the punishment that brought us peace was on him,
and by his wounds we are healed.

I’ll be honest, I wish I had read this earlier today but nonetheless I’m glad to have read it just now. So much to be learned from this passage – take a look for yourself.

1Has anyone believed us or seen the mighty power

of the LORD in action?
2Like a young plant or a root that sprouts in dry ground,

the servant grew up obeying the LORD.

He wasn’t some handsome king.

Nothing about the way he looked made him attractive to us.

3He was hated and rejected;

his life was filled with sorrow and terrible suffering.

No one wanted to look at him. We despised him and said,

4He suffered and endured great pain for us,

but we thought his suffering was punishment from God.

5He was wounded and crushed because of our sins;

by taking our punishment, he made us completely well.

6All of us were like sheep that had wandered off.

We had each gone our own way,

but the LORD gave him the punishment we deserved.

7He was painfully abused, but he did not complain.

He was silent like a lamb being led to the butcher,

as quiet as a sheep having its wool cut off.

8He was condemned to death without a fair trial.

Who could have imagined what would happen to him?

His life was taken away because of the sinful things

my people had done.

9He wasn’t dishonest or violent,

but he was buried in a tomb of cruel and rich people.

10The LORD decided his servant would suffer as a sacrifice

to take away the sin and guilt of others.

Now the servant will live to see his own descendants.

He did everything the LORD had planned.

11By suffering, the servant will learn the true meaning

of obeying the LORD.

Although he is innocent, he will take the punishment

for the sins of others,

so that many of them will no longer be guilty.

12The LORD will reward him with honor and power

for sacrificing his life.

Others thought he was a sinner,

but he suffered for our sins

and asked God to forgive us.

The part about not complaining is something I really need to take to heart right now. I’m struggling with a situation and finding it all too easy to complain and act in a negative manner. And so, I am thankful for these words this evening.