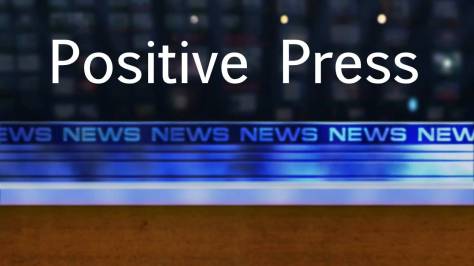 http://www.pjstar.com/news/x825422828/Robotics-students-give-6-year-old-ride-of-his-life
Robotics students give 6-year-old ride of his life

A nice evening turned into a memorable one last night.

I had put the boys to bed, and after a half hour or so I went back into their room to check on them. My oldest son was still awake, as he sometimes is. He seems to have received his father’s sleeplessness gene.

So I sat down and chatted with him for a few moments and then asked him if he wanted me to turn the radio on to help him fall asleep. He said yes and after a few moments I got up to turn on the clock radio in their room.

When I turned it on, the familiar voice of Pat Hughes came through the speaker. The Chicago Cubs were playing and it was a close game versus the Milwaukee Brewers. We were trailing 5-4 and about to head to the 9th inning.

The only reason their radio was on that frequency was because I’d attempted to listen to a game on it last week. I had forgotten about that and didn’t expect it to be tuned to that station, nor would I have probably thought at the time to tune in the game.

We were both happy it was on, though and I told my son that Pat would let him know everything that was happening. I also informed him that listening to ball games, often times before bed, was something I used to do as a kid.

Then as I was about to get up to leave I thought, ‘Why not listen to the top of the 9th with him and see if the Cubs can tie it up?’

He was still lying down, and I was at the foot of his bed as Pat’s voice announced the beginning of the 9th inning through the darkness of the room he shares with his non-sleep deprived, mouth open, looking as comfortable and content as could be, passed out little brother.

Hearing Pat call each pitch is always a delight and it was fun to introduce my son to the real experience that is listening to a ball game on the radio.

The first batter got on base, thanks to an errant throw. My son and I exchanged a high-five and cheered on the next batter. Strikeout. Darn…but a wild pitch to the next batter advanced the runner to second. Scoring position. Sweet!

That next better was David DeJesus. He’d already hit a grand slam in the game, so there was hope for him to knock in the tying run. Crack! Triple, tying the game at 5. We were fired up. Another high-five later and we focused on the next batter, hoping for the go-ahead run now.

Swing and a miss for strike three. No! But wait, Pat’s voice started to escalate. The ball had gotten away from the catcher and DeJesus made it across the plate to score the go-ahead run in the process!

That got him excited enough to sit up for this round of high-fives. Go Cubs! I envisioned in my head what the play looked like based on the radio call from Pat, and wondered if my son was doing the same.

After another strikeout it was time for another big hit. Alfonso Soriano got the job done and put the Cubs ahead 7-5. Who knew this half inning would turn out so great? I was clapping now and turned to my son to get another high-five.

Wouldn’t you know it, the kid was asleep. Out cold, just two minutes after celebrating the previous run. Guess he was content knowing the Cubs were winning 🙂

I wish I could tell him it ended well in Milwaukee. He will be waking up here shortly and I’ll be informing him that the Cubbies couldn’t hang onto that lead. They lost the game in the 13th inning.

But that’s ok. I’ll remember listening to the top of the 9th inning of this game. A comeback, a great call from the booth, and a few minutes of quality time spent with my oldest son. Hopefully he will remember it too.